Paid traffic is any traffic to your website that you paid to obtain. Some common forms of paid traffic are Pay Per View and Pay Per Click (PPC) on YouTube, Google, Bing, Yahoo!, or Facebook. Strictly speaking, it also includes Direct Mail and Media Buys (TV or radio space). 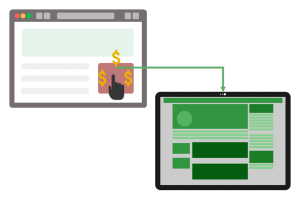 There don’t seem to be any courses that truly teach paid traffic well. I recommend a book by Brad Geddes called Advanced Google AdWords (the latest edition) if you want to learn more about paid traffic.

The good thing about PPC Marketing in particular is that when you build a particularly profitable group of PPC ads (called a campaign), you can ramp up from making $100 profit a day to making $1,000 to $2,000 profit a day (maybe even $3,000 on a good day) in the span of a week.

The bad thing about PPC is that you need to spend a lot of money, time, and effort to reach that point. Plus, people who can afford spying tools are able to check on your campaign. When they see that it’s profitable, they can underbid you and build out funnels that have higher lifetime value for their visitors than your campaign does. In the end, you’ll get pushed out of the market you cornered.

Who SHOULD Pursue Paid Traffic

Some aspiring Internet Marketers think spending $5 a day for a couple of months and then scaling up a campaign will make them rich. Sorry to say the game doesn’t work that way. Believe me, I know. I used to do this myself when I started out in Affiliate Marketing, and I learned my lesson the hard (and expensive) way.

The people who should pursue paid traffic are those with thick skin and plenty of money to burn. I’m talking $2,000 and up while you’re learning the ropes. 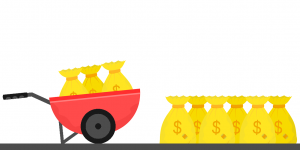 Pursuing paid traffic requires money to pay for a ton of data that needs interpreting, and, based on those interpretations, the ads and landing pages you’ll need to tweak. You can drop hundreds and thousands of dollars just to have access to that data. By the time you’ve built up a profitable campaign, you may have dropped thousands of dollars into it.

Pursuing paid traffic also requires thick skin to avoid the panic that comes from the fact that spending thousands of dollars of your money without breaking even is a very real possibility. You need the patience to learn how to make it work, pore over spreadsheets of data, fine tune your ads and/or landing pages, and then try again. This cycle can go on for weeks before a campaign becomes profitable. The important thing is to stay level-headed throughout all the learning and tweaking and interpreting.

Who Should NOT Pursue Paid Traffic

The people who shouldn’t pursue paid traffic are those who are looking for low-cost and relatively easy methods of getting traffic. Some people have misconceptions that paid traffic is an easy way to get qualified traffic to their site, and they couldn’t be more wrong. Qualified traffic takes money, time, effort, research, crunching numbers, analyzing data, looking at spreadsheets, and analytical skills.

Is PPC Worth It? My PPC Story

The success from the site came and went in the span of four months because the competition increased to the point that I got pushed out of the industry. Nevertheless, I’m currently testing new methods and trying to crack back into the profitable side of that niche.

Nothing compares to the rush of raking in the profits. At the same time, that success can be swept right out from under you.

Lesson 30: How To Use Long Tail Pro To Find Keywords Easily And Quickly
Lesson 31: How To Produce High-Quality Articles For Your Website: Inch Wide, Mile Deep
Lesson 32: How To Prepare High-Quality Content By Creating A Blog Post Outline
Lesson 33: How To Write Articles Online With The Right Format
Lesson 34: How To Find Free Stock Images Without Watermarks
Lesson 35: Everything You Need To Know About On-Page Activities For SEO
Lesson 36: How To Create A Blog Schedule That Sets You Up For Success
Lesson 37: How To Write Your First Blog Post: High-Quality Content Creation
Lesson 38: What Are The Fastest SEO Results I Can Expect?
Lesson 39: How To Grow Your Blog Through The Post And Pray Method
Lesson 40: Is Social Media Worth Your Time?
Lesson 41: Is Video Marketing Training Worth Your While?
Lesson 42: Is Buying Traffic A Good Idea? Of Automated Traffic Bots And Traffic Networks
Lesson 43: Is PPC Worth It? Paid Traffic And Who Should Do It
Lesson 44: Excellent Resources To Help You Promote Your Blog For Free
« ‹ › » page 3 / 4
Return to Free Internet Marketing Project™
Scroll back to top Top