Vivatic Review: Can this be a free way to make money online? 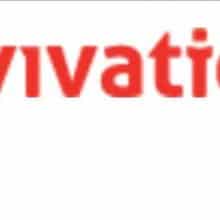 So you’re looking to make money online by taking paid surveys and doing a couple of other things on Vivatic. This site promises its users money making opportunities in more ways than one.

I’m not an affiliate of Vivatic by any means possible. Therefore, I wish to let you know on a very clear note that this review is completely free of any form of influence or sponsorship by Vivatic.

If you don’t have sufficient time to read the whole review owing to your busy time schedule, read this summarized version to see if Vivatic will be of benefit to you or not at a glance.

Vivatic can neither help you make money online on a part time basis nor as a full-time source of income. Some paid surveys platforms can make their users small amounts of money that can afford trifling things but not make them enough money to support themselves and their families. But your chances of making any money with Vivatic are narrow because the system is simply not capable of delivering that benefit for several reasons.

It’s Free But Not Easy to Sign Up with Vivatic

I’ve come across some paid survey sites that promise their prospects job replacing incomes on the condition that they first pay an amount of money as signup fee. Vivatic is certainly not one of such paid survey platforms, especially regarding sign up costs because it’s entirely free to sign up with Vivatic.

However, the signup process is one of the most problematic I’ve ever come across on the Internet. You’ll have to take a non-paid survey to complete it. The Vivatic platform impresses me as bug-ridden. That’s because, on the course of signing up, I discovered that after answering all the questions I was required to answer to completely sign up, the site still prompted me to complete the signup survey in error. Furthermore, one of the surveys I came across even presented me with a black screen with next to nothing on it.

Afterward, I tried to take some surveys, which is one of the things users are expected to do in other to earn some cash on the Vivatic platform, which Vivatic promises to pay into their PayPal accounts. When I made the attempt to take a survey, I was surprised to find an inscription that read, “Someone ate all the surveys!”

Believe me, I didn’t make that up. Those were the exact words I found in place of the surveys I was looking to take. If you’re someone who is hoping to make some good money on the Vivatic platform, I’m sure you won’t find that funny. The folks at Vivatic simply declare, in a jesting manner, that their system isn’t dependable.

I Tried the Cash Offers

When I couldn’t find any surveys to take, I clicked on the menu that read, “Cash Offers.” Unfortunately, that menu led to the same page that read, “Someone ate all the surveys!” It was just a replica of the survey menu with a different label.

I Tried Joining a Site

When I found that “Cash Offers” had nothing to offer, I clicked on the menu that would allow me “Join A Site” and make money. Even though I wasn’t sure how that was supposed to work, I gave it a try and discovered that it was just another disappointment. It simply led to a page with scant text indicating there were supposed to be offers for the user to earn cash-back with. But there were no offers, just the scant content. Consequently, there was no cash-back to earn.

I Tried the Polls and Competitions

The “Polls and Competitions” menu led me to a web page that was supposed to let me earn as little as 0.10 British Pounds for taking part in 10 polls and for participating in Vivatic’s recurrent competitions on a daily, weekly and monthly basis. But once again, there were no polling questions to answer and no competitions to take part in.

What about the Tasks Menu?

After the menu labeled “Polls/Comps,” there was another menu labeled “Tasks.” This menu was supposed to lead to a web page that offered short writing tasks that would serve as training for site visitors who were interested in writing jobs to try their hands on and get paid as they learn the ropes of writing.

Trainees are expected to complete 20 of such writing tasks in order to qualify for higher paying writing jobs. I hoped to find a couple of such money yielding tasks to complete within that menu. But as was the case with the other menus before it, there was nothing there.

I Tried to Take a Writing Job

Next to the “Tasks” menu is a menu labeled “Writing Jobs.” I got access to it in a bid to find a writing job as the label of the menu implied. Disappointingly, there was a notice that stated that without completing 20 of the unavailable writing jobs on the previous menu, a site user wouldn’t qualify for any writing jobs on the current menu in question.

I Considered Referring a Friend

The last menu on the Vivatic website is one that’s labeled, “Refer a Friend.” When I got in, I noticed I couldn’t possibly benefit from what it had to offer because I was to earn two British Pounds for referring a friend who signs up and earns 10 British Pounds. Just to reiterate, until my referred friend earns their 10 Pounds, I wouldn’t be paid my 2 Pounds. That didn’t sound like it was worth my while because it would be a lot of working and waiting only to get piddling results.

You Have to Be Resident in the U.K.

If you live in the U.S. or someplace else other than the U.K., Vivatic isn’t for you because it’s exclusively for folks in the United Kingdom. When I first tried to take a survey and didn’t find any, I later tried again but wasn’t allowed access to the available survey because I signed up with a U.S. address.

Vivatic is an Affiliate of Others

Vivatic is also an affiliate of other survey sites like Populus, Newvista, Toluna and so on. That suggests that Vivatic is aware of its inadequacy and is trying to support itself by leaning on other sites with similar offers because it can’t possibly compete with them.

If you’re bent on making money online by taking paid surveys, I’d say it’s possible only if you know where to direct your efforts. Some paid survey sites, such as Vivatic, aren’t worth your precious time. But there are a few that can be worthwhile for you. You can read a review of my #1 recommended survey site here.

Vivatic is simply going to waste your time. First off, it comes across as bug-ridden. Next, it has next to nothing to offer by way of paid surveys or any of the other ways of making money online that you might be hoping to benefit from when you first find yourself on its homepage.

Then, it’s not for everyone. It’s exclusively for folks in just one part of the world – the U.K. So it’s going to be a total waste of time for you if you live outside the U.K.

This marks the end of my review of Vivatic. It’s time for you to share your thoughts with us. Have you signed up with Vivatic already? Please share your experience with the community in the comments area where other folks like you who are looking to make money online by taking paid surveys will see your comments and possibly benefit from your experience.

Description: A time-wasting paid survey website that pays members the bare minimum compared to their competitors.
Written by: Ian P.
Rating: 1.5 out of 5

Eugenson is just a regular guy, except he doesn't believe in the security of nine-to-five jobs and loves to launch out on his own, trying to realize his dreams his way and at his time. He's tried to make money online for quite some time now, purchasing product after product, and has been swindled by a lot of cyber-fraudsters masquerading as make-money-online messiahs. He has many passions, some of which include drawing, painting, writing, and watching comic movies. He's on a revenge mission to hit fiendish scammers hard by writing reviews that reveal the truth about their unethical schemes and worthless products. He hopes to stifle their online, bloodsucking businesses by forewarning their potential victims and depriving them of the payments they depend on. You can consider Eugenson a friend who's here to give you objective product reviews, helping you uncover the online vampires and discover genuine opportunities.