Does Facebook Advertising Even Work? An Honest, Hard Look…

Is Facebook’s advertising platform just another way for you to a flush a few hundred benjamins down the marketing toilet?

There’s a bunch of controversy around Facebook advertising and how the majority of people who test out the Facebook ad waters are failing miserably, and they’re wasting a crap ton of money while doing so.

Nate Elliott, the vice president at a research firm called Forrester, says that “Facebook hasn’t delivered on its promise and in fact has quietly become reliant on the traditional advertising models it once lampooned…”.

Shaun Pawl Wood from Agency spy says that “Social media advertising is as good as flushing $100 bills down the toilet.”

However, on the other hand, there are a ton of success stories about small businesses and entrepreneurs making hundreds of thousands of dollars using Facebook’s advertising platform.

Facebook ad guru Jon Loomer claims that this one time, at band camp (yes, that was an American Pie reference), he got a 35x ROI on Facebook ads; he spent under $300 on Facebook ads that brought him a whopping $10,000+ in revenue.

So why is there this split in the effectiveness of Facebook Ads? Why is that some entrepreneurs and businesses are getting completely hammered and essentially flushing money down the toilet, while others are investing such a small amount of money and making a ton back?

This dichotomy (pretty big word for a college dropout, huh) poses the question:

Does Facebook Advertising REALLY work? Can you use Facebook’s advertising platform to market a business and, ultimately, make a ton of cash?

By the end of this article, you’ll have your answer.

The short answer is…

If you can’t be bothered reading the whole article, the short answer to the question is… Yes! And not just a Yes with a capital “Y,” this is the type of Yes that you can scream at the top of a building half-naked and not even be ashamed of how unattractive your body is type-yes.

However, I suggest you take the 5-10 minutes that you probably would’ve spent doing something unconstructive like spending an unnecessary amount of time scrolling through memes on your phone while on the toilet and read this wonderful article instead.

Unless you’re reading this while on the toilet, then kudos to you for multi-tasking.

To start off this dank article – what do I mean by “Facebook advertising?”

When I say Facebook Advertising does work, I’m specifically referring to the marketers who ACTUALLY take the time to sit down, research their target audience, find out their favorite T.V. shows, music groups, etc. and use this data to create an in-depth advertising campaign that can be moulded and improved on as more data is collected.

I’m not talking about the newbies who try to boost a post for $5, see no increase in engagement, and then all of a sudden make a bold yet false claim that “nah, Facebook advertising is a joke.”

This is the main reason why Facebook advertising absolutely trumps other advertising platforms – because of it’s Targeting System.

With other platforms such as radio and billboard advertising, you’re investing hundreds, if not thousands of dollars to shout your message to a wide-array of people.

Let’s say you own a clothing brand for pregnant moms and you purchase a radio announcement spot for $1,000. In this announcement spot, you’ve got 30 seconds to plug in whatever message you’re trying to get across.

However, I’m assuming that the majority of people who’re unconsciously driving along aren’t even interested in your message specifically for the fact that the person listening probably isn’t a pregnant mom.

You’re essentially shouting your message at a crowd who doesn’t even care about you and wasting $1000 in the process.

How nice would it be if you were to talk DIRECTLY to your target market? Well, that’s what Facebook’s advertising platform can do for you.

If you wanted to, you could target a pregnant mom in San Diego who’s between 18-24 years old and who’s interested in Yoga and Cats.

It can actually be quite scary to the Average Joe about how much targetable data is collected about them, but for a marketer, it’s a goldmine.

However, there are more benefits to Facebook’s advertising platform than just the targeting system:

There’s a lot more benefits to using Facebook as an advertising platform, but these, in my opinion, are the biggest ones.

Some last thoughts before You get started with Facebook ads

I want to reiterate one key point in particular – All of these people who tried out Facebook ads, failed miserably, and then claimed that it’s a waste of money probably didn’t do one critical thing.

You need to ACTUALLY study the heck out of Facebook Ads.

Do your own research on it – find people who have made it work, study content by those Facebook ad gurus who have successful case studies, analyze their campaigns, targeting, what worked, what didn’t, etc.

Become a student of Facebook ads and the results will come. Don’t just boost a post, see crappy engagement, and then claim that Facebook ads are a waste of money like these other bozos – put in the time to become an expert on this platform, and it’ll work wonders for you.

Also, make sure that you’ve got a sales funnel already set up before you start trying to bring customers/clients to your business with Facebook ads.

It’s all nice making a $50 sale on the front end, but if you’ve got a sales funnel in place, you can use Facebook ads to bring leads into your sales funnel and work them down the process. This way, every lead will be worth MUCH more to you rather than just the profit that you make on the front end.

Oh, and the one most common piece of advice that I’ve heard from every single Facebook ad guru is to split test as much as you can.

I can’t remember where I heard this from, but a quote came to mind, “if you’re not testing, you’re guessing.”

This article is coming atchya’ live from Hamilton, New Zealand from your main man Danyon Togia. Catch ya later ya Facebook ad fanatics!

STOP taking advice from the dark side.

Yes, I was also sick of it. Yet the 14,000+ members that have studied my FREE training say it's different and "the HIGHEST quality training they've ever seen” (including paid courses).
Yes, give me your 100% free training >>​
I'll take my chances with the wolves. 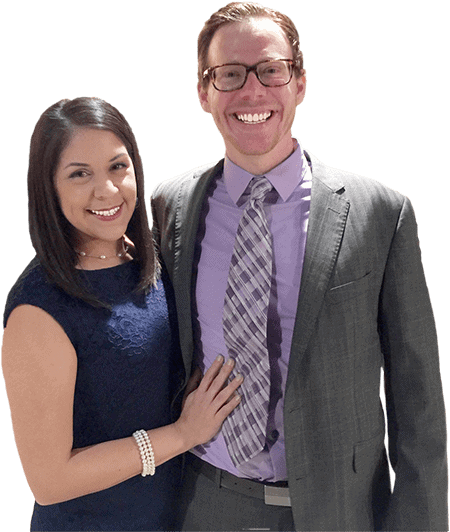